STANDARD from Amanda Perry-Kessaris on Vimeo.

As part of my MA Graphic Media Design I was asked to explore how the ‘physical archived artefact’ can ‘contribute to our understanding of contemporary (material) culture’, using an item chosen at speed from the UAL Archives and Special Collections. I went for an object (against the option of, for example, using Eckersley’s posters on health and safety and British Aluminium to explore the ethical tensions faced by designers) because I wanted to explore materiality not message.

I focused on the David Usborne Collection, using his website as a rough guide as the catalogue is not yet complete. Thinking about the concept of ‘social science’, I zoomed in on the ‘Testing‘ section, and landed on callipers because they are designed to measure the un-flat (such as, by analogy, social life).

I engaged physically with the object as much as possible both in the archive and later, using my photos and videos. Prown’s (1982) method of reading an object (description, deduction, speculation) offered me a useful map for structuring my analysis.

I then explored the caliper as a ‘tool’, discussing it with 3D workshop staff at LCC. But I discovered that it does not qualify as a tool, rather it is an instrument (Comte 1982).

I investigated the curious lettering on the ruler component, ‘STANDARD at 20º ‘, and came upon the fierce historical debate behind the setting of the international standard reference temperature for dimensional measurements (Dorion 2007. Radiolab helped here too). For lawyers it is a fairly typical standard-setting tale. Likewise, socio-legal researchers are well-versed in exposing the contingent and socially constructed nature of all standards, as well as the human tendency to set to such complexities to the side, treating the standard as a ‘placeholder’ (Riles 2011) for pragmatic and other reasons. But to see a standard materially embedding in a solid metal ruler is to understand anew the importance of such socio-legal exposés. So my commentary emphasises the social life of standards: debate and (non)implementation.

I planned a single continuous video shot of the caliper because I knew would give me maximum flexibility. I originally intended the video to be a continuous loop in which different layers of my commentary would be revealed using narration, including some of the letters that formed part of the early 1900s debate over the 20º standard. But I was encouraged to take advantage of the caliper’s distinctive shape (thanks to Suzanne, and to drawing workshop exercises); to introduce a dramatic reveal by starting at one end of the ruler (thanks to Bec); and to focus on the lettering (thanks to Tony). This helped me to settle on the idea of the devil being in details. A 99% Invisible podcast episode was very helpful for encouraging me to be brave with sound.

As ever the video went though dozens of edits, with most of the movement occurring over the setting of the text and the timing of the sounds (momentum from violin scales, violence from reversed popcorn, a snorting bull). I sent a draft out over twitter and email to law colleagues and got 60 views and 9 detailed and positive sets of comments in one week.  I am still exploring how the bull imagery plays across cultures, e.g. Indian and Hellenic. 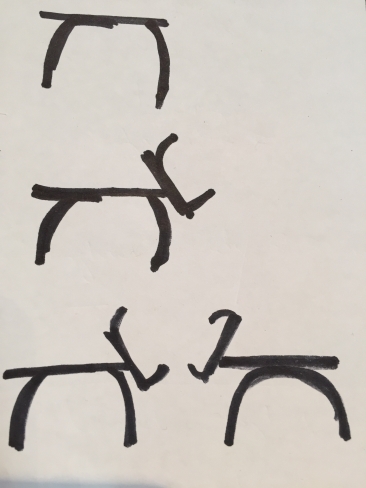 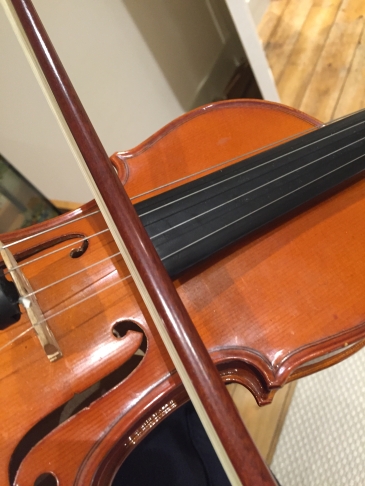 Material culture is ‘the study through artefacts of the beliefs—values, ideas, attitudes, and assumptions—of a particular community or society at a given time’ (Prown 1982 p. 1).